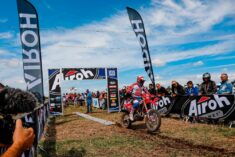 Following on from the initial announcement at the close of this year’s event, the FIM and the local organiser are pleased to confirm dates for the 2023 FIM International Six Days of Enduro (ISDE), which will take place from Monday 6th November through to Saturday 11th November at San Juan, Argentina.

The ninety seventh edition of this historic off-road competition will be based out of the brand-new Circuito San Juan Villicum, which is more normally known for hosting the FIM Superbike World Championship and other national circuit racing events. San Juan is in the western part of Argentina and is part of the Cuyo region. The surrounding terrain is mostly covered by mountains and green valleys, ideal for enduro and thanks to its sunny climate it is also perfect for good wine production too.

Argentina last held the ISDE back in 2014, when again San Juan was the host city. Those that competed in the eighty ninth edition have fond memories of their visit thanks to the area’s incredible natural landscape, enduro-passionate region, and exceptional organising committee. An entirely new course layout is being drawn up for 2023, meaning those who raced here last time can also expect new terrain and trails to enjoy.

Back in 2014, France were the winners in the World Trophy category, USA secured victory in the Junior World Trophy and Australia took home the Women’s World Trophy, whilst the Argentinean team was strongly represented by thirteen high-level riders led by Augusto Freytes. Amongst the riders who officially represented 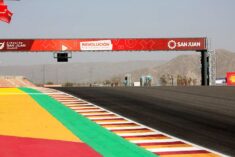 the country on that occasion was the 2021 Dakar Rally winner, Kevin Benavides, as well as Luciano Benavides, and Franco and Stefano Caimi. Argentina was well represented in 2014 as they placed fifth in both the World Trophy and the Junior World Trophy.

So, the countdown to the 2023 FIM International Six Days of Enduro has officially started, with the paddock due to open on Tuesday 31st October ahead of the opening parade of nations on Saturday 4th November next year. With planning already underway the local organiser is looking forward to welcoming riders and teams from all over the World to South America.

David Eli, +Eventos Director and local organiser of the 2023 FIM ISDE said: “We are very excited to host the most important enduro competition in the world once again in our country.
San Juan is an outstanding location to celebrate the Six Days, thanks to the magnificent range of sceneries that the province offers. This new edition will be extremely challenging and will demand both physical and technical skills from the riders. We look forward to welcoming all the teams.
I would particularly like to thank the authorities of the province of San Juan for their proactive involvement in this historic sporting event, which will certainly be unforgettable.”

John Collins, FIM Enduro Commission Director added: “The FIM ISDE remains a competition very close to our hearts and continues to be one of the most important events each year in the FIM calendar. The history of this event captures perfectly what motorcycling means to so many of us and is always a great occasion with so many of our national federations present with their official teams. It is good to have the ISDE back in South America after five years, and I have every confidence that it will be another memorable edition that will be well organised and enjoyed by all the riders who take part.”