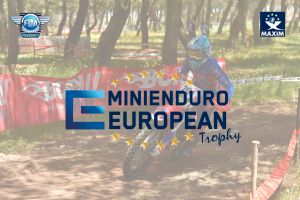 The European Enduro Championship enriches itself thanks to the MiniEnduro European Trophy: a trophy all about the very young of the discipline. Maxim and FIM Europe have decided to dedicate a whole competition’s weekend to small enduro riders thanks to a formula stitched to their needs and exigencies. A new formula aimed at the growth of the youngest within the European Enduro scenery; thanks to the establishment of the European Trophy MiniEnduro, the European Championship fulfils both its missions: to set itself as a springboard for future champions and to be relationship’s promoter between the different European cultures.

For its first edition, the MiniEnduro European Trophy will take place on a single event and will take place on June 24th- 25th in Grigno, (Italy). Two days of intense and exciting competition are waiting for you. To take part, all you have to do is hold a regular FIM Europe or FIM Europe Promotional licence. The MiniEnduro European Trophy is reserved for all riders aged 12 to 16 years old. At the end of the weekend we will see the winners of the first MiniEnduro Trophy being crowned.

END_OF_DOCUMENT_TOKEN_TO_BE_REPLACED 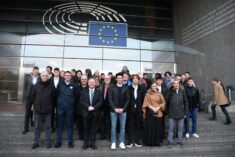 The last away of the Borilli Enduro European Championship 2022 ended with two beautiful days in Brussels at the headquarters of the European Parliament. In response to the invitation from Hon. Berlato, the 2022 European champions reached the Belgian capital for two days in the name of sport and friendship.
The trip opened with the Gala evening inside a characteristic restaurant located in the centre of Brussels. The 2022 European Champions Manuel Verzeroli, Carlo Minot, Lorenzo Bernini, Maurizio Micheluz, Erik Willems, Dietger Damiaens, Nieve Holmes, Alessandro Rizza, Luca Piersigilli and Diligenti Racing

END_OF_DOCUMENT_TOKEN_TO_BE_REPLACED

Borilli Racing and Maxim Pubblicità, the promoter of the European Enduro Championship, are pleased to announce the renewal of the agreement for the sponsorship of the Continental Championship for the next two years. In 2023 and 2024 Borilli Racing, a Brazilian manufacturer of treaded tires, will again be title sponsor of the Enduro European Championship. The support for a championship that this year has seen a radical change both from the point of view of logistics and communication thanks to the arrival of a new promoter, is confirmed. The great growth of interest in this championship, which has as its main purpose to grow and be a springboard for the champions of the future, combined with the success of this 2022 season, have caught the interest of Renato Borilli’s company, which is ready to expand its market throughout Europe.

END_OF_DOCUMENT_TOKEN_TO_BE_REPLACED 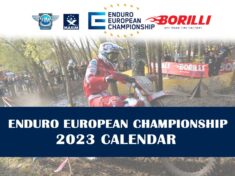 FIM Europe, together with the promoter Maxim, is delighted to share the 2023 Borilli Enduro European calendar!
The season will start in Italy, on 15th and 16th April. The city of Fabriano, that had hosted the European Championship in 2018, will open the 2023 season with a great race around the city.

END_OF_DOCUMENT_TOKEN_TO_BE_REPLACED 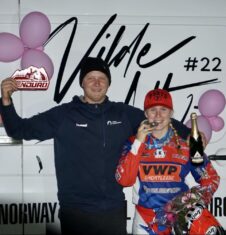