Wels, Austria – July 23, 2021 — The FIM Hard Enduro World Championship picks up speed as it marches on to round four with Red Bull Romaniacs kicking off at the start of next week. Hot on the heels of the Abestone Hard Enduro, the infamous Hard Enduro Rallye promises an epic week of racing. 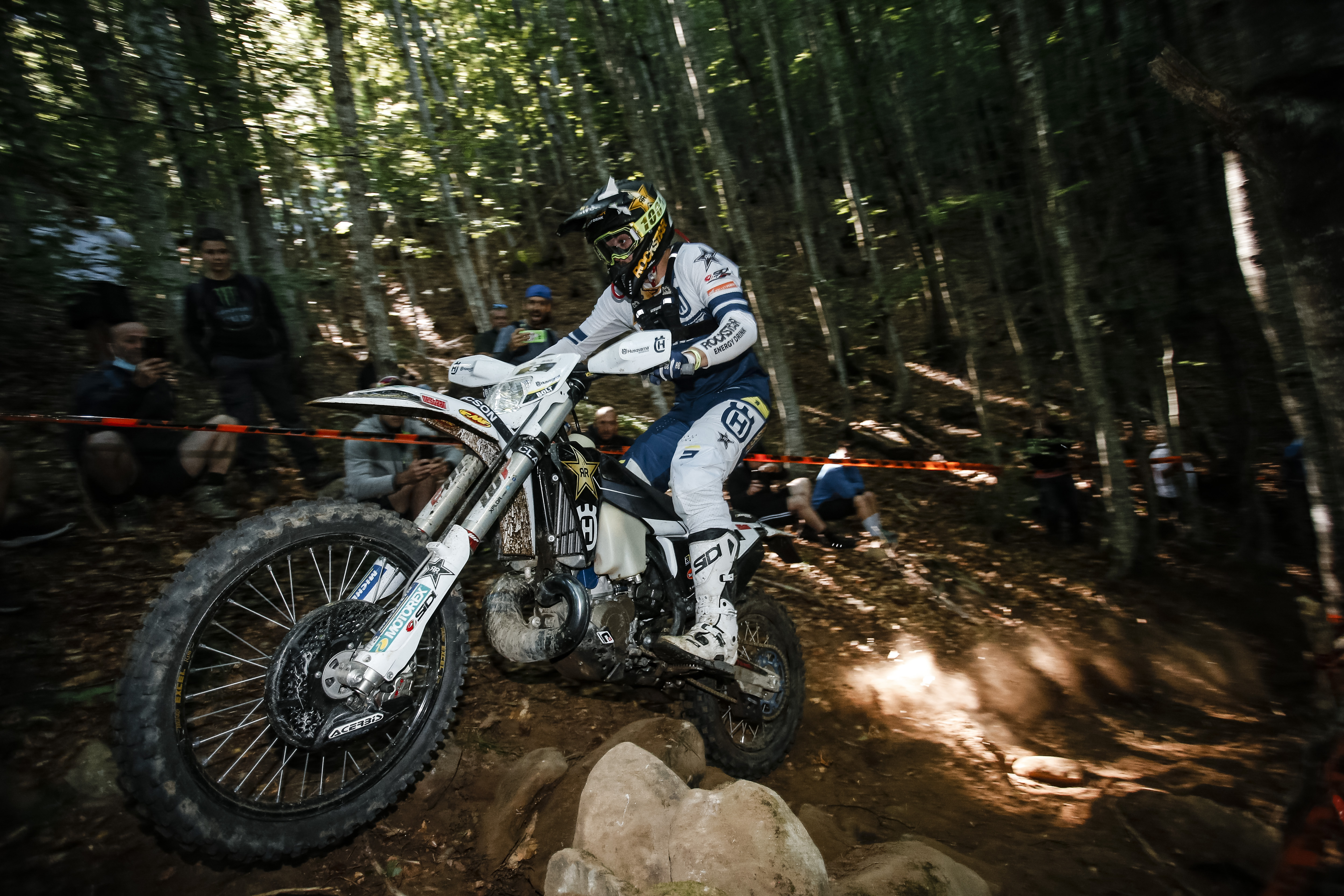 With just a brief two-week break between rounds three and four, the FIM Hard Enduro World Championship heads to Romania for the iconic Red Bull Romaniacs. Ready to celebrate its 18th edition, it is an event like no other, offering competitors five days of true Hard Enduro racing.

With the traditional Sibiu city prologue on hiatus for one more year, the action begins on Tuesday with a short-but-intense Time Trial being used to determine the start order for the opening Offroad Day 1. As ever, the Carpathian Mountains hold many bold surprises and treats for competitors across all five classes. From isolated mountain top ridge lines to incredible forestry climbs and descents, Red Bull Romaniacs is set to deliver an edition like no other.

The icing on the cake for many will be the Marathon Stage with a night under the stars planned for the end of Offroad Day 2. Taking things back to its adventure roots, in true Rallye style, competitors will end Offroad Day 2 in the mountains where they will be greeted with campfires, tents, and the challenge of receiving no outside assistance overnight. Poised to become a critical point in the race, riders will need to best-manage their bikes and themselves, while still pushing for top results.

As the first rider to grace the top step of a FIM Hard Enduro World Championship podium, Rockstar Energy Husqvarna Factory Racing’s Billy Bolt will look to add to his Abestone Hard Enduro win. Very much on top form, he’s determined to show that he’s got the full skillset needed to go the distance in Romania.

Second to Billy in Italy, Red Bull KTM Factory Racing’s Manuel Lettenbichler enters round four eyeing up a Red Bull Romaniacs hat trick of wins. Having won the last two editions, it’s very clear that Mani has a soft spot for the Romanian wilderness. A third victory will tie him in second place on the all-time win list with Frenchman Cyril Despres.

Graham Jarvis (Husqvarna) is the only rider to date who’s claimed three wins in a row at Red Bull Romaniacs, with those memorable victories coming in 2011, 2012, and 2013. While his most recent win in Romania was 2017, his come-from-behind ride to third at Abestone Hard Enduro suggests the 46-year-old is bang on form to better his 2020 runner-up Romaniacs result.

Vision Track Beta’s Jonny Walker placed fourth last time out in Italy and can’t be counted out when it comes to a possible podium finish next week. Looking smooth and fast, and highly motivated, the Brit has found his happy place in managing his own team for 2021. With his confidence growing, Jonny is aiming to shine.

Fifth at Abestone Hard Enduro, Alfredo Gomez (Husqvarna) has yet to take the top step of the podium in Romania despite five top-three finishes. A rider who becomes stronger as the week progresses, expect the Spaniard to shake things up in the latter half of the race.

After a tough outing in Italy, Sherco Factory Racing’s Wade Young will look to make amends next week. A slow burner, the South African favours long days and tough riding. A winner in 2018, he missed the podium in 2020 by 13 seconds, after almost 21 hours of racing!

Set to cause a stir and mix things up with the regulars is the arrival of American Cody Webb (Sherco) and Canada’s Trystan Hart (KTM). Both are competing in Red Bull Romaniacs for the first time but bring with them incredible talents, and confidence, following a season of Hard Enduro racing in the USA. Webb has already become the first American to reach the podium at Red Bull Erzbergrodeo and having claimed a stage win and finished on the podium at Brazil’s Red Bull Minas Riders, he has experience in Hard Enduro Rallye and GPS navigation too.

Trystan is a young rider on the up, swapping race wins with Cody on a regular basis. His international Hard Enduro experience is limited, but a 14th at Red Bull Erzbergrodeo in 2019 suggests that may not be a factor. Both riders will look for a strong result in Romania, before they enjoy a home advantage at the Red Bull TKO for round five.

Across the board, the competition looks stacked for round four with a top-10 result looking anything but easy. Taddy Blazusiak (GASGAS), Mario Roman (Sherco), Michael Walkner (GASGAS), Travis Teasdale (GASGAS), Matthew Green (GASGAS), and Teodor Kabachiev (Husqvarna) are all riders who will have a say in that.

Sandra Gomez (Husqvarna) is another rider to watch for as she aims to build on her Gold class finish from 2020. Pol Tarres is sure to surprise as he competes in the Bronze class on a Yamaha Tenere 700 adventure motorcycle! 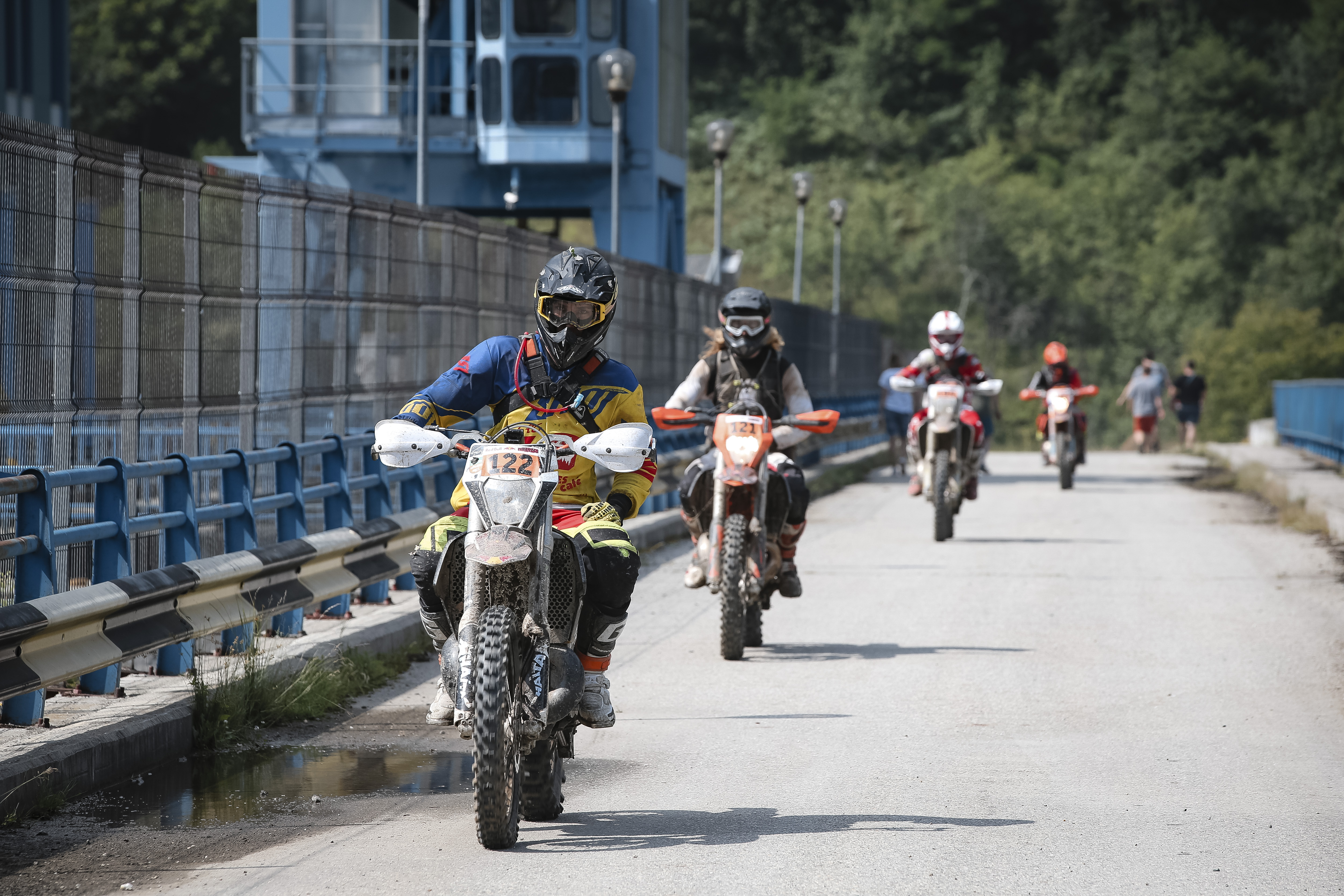